Shot in 5 days, this 1956 film directed by Roger Corman remains a favorite of mine.  I don’t know who wrote the synopsis on IMDb, but it beautifully captures the essence of the film’s plot in one sentence:   “A well meaning scientist guides an alien monster to Earth from Venus, so that he can rid mankind of feelings and emotions – but only death and sorrow result.”  The film is worth watching for Beverly Garland’s memorable performance as Lee Van Cleef’s neglected wife, who takes charge at the film’s conclusion.  And, there is a great monster created by Paul Blaisdell. 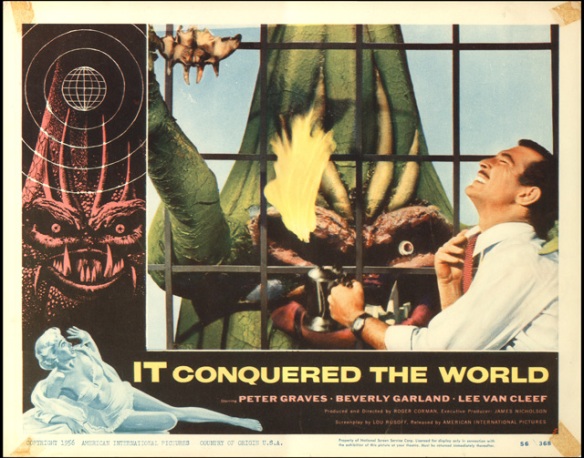 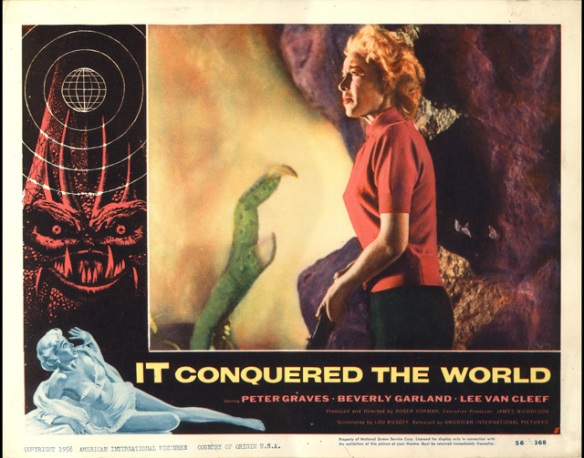