Purists will condemn the colorization of old black & white movies, but for some strange reason, I never had an issue with it, as long as they’re not messing with the original negative (which is not the case with colorization).  The cropping of movie formats to fit within the squarish TV frame bugged me way more, but that’s another issue.  I’ve seen King Kong more times than I care to admit, and for my money it remains one of the greatest films ever made.  One of my great film memories is watching a reel (the very scene depicted in the YouTube clip) struck from the original negative in the Academy Theatre in L.A. with a cranked up sound system.  Awe inspiring.  The film is filled with incredible details in both the picture and sound.  For instance, we get to hear Fay Wray scream a lot, but next time you see the film pay attention to the screams of the unlucky Venture crewmen who suffer horrible deaths while pursuing Kong on Skull Island! 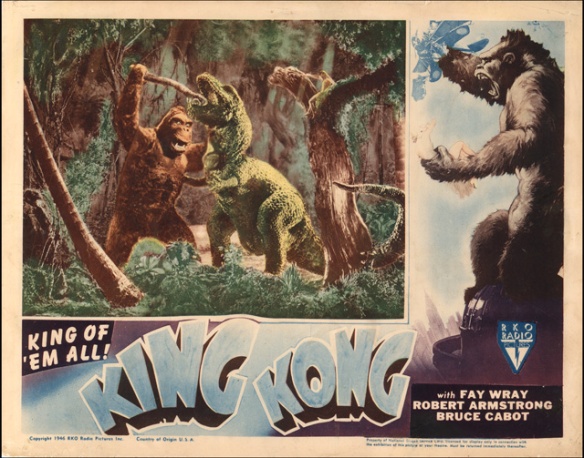